He retired in 1994 after 30 years with AT&T Lucent Technologies in Indianapolis, where he had been a project manager. After retirement, he worked for 10 years for Kenley's and Marsh in their produce departments. He had also been the manager for the Rainbow Skating Rink in Noblesville in the mid 1960's.

He was a member of First Christian Church in Noblesville, and proudly served his country for six years with the U.S. Army. He enjoyed fishing, camping, skating, photography and yard work. In high school he was a member of FFA, where he won trips and speech awards. He was very involved with square-dancing. He referred to it as his second family, and had been a caller and instructor for 45 years. He received a trophy for teaching square-dancing to the most students in Indiana; and attended numerous conventions at the state and national levels. He was the second-longest caller in the state of Indiana; was vice-president of IDLA; and taught as many as five square dance clubs in a year. He was a member of Dosi Squares and Bucks & Does and founded Petticoat Junction Squares.

Visitation is 3 to 8 p.m. Oct. 28 at Randall and Roberts Funeral Home, 1150 Logan St. in Noblesville. Funeral service is 10 a.m. Oct. 29 at the funeral home with the Rev. Patrick Propst officiating. Burial will be at Crownland Cemetery in Noblesville.

This obituary appeared in The Times on 10/27/2011.
​"Amazing Grace 2011" Kevin MacLeod (incompetech.com)
Licensed under Creative Commons: By Attribution 3.0 License
http://creativecommons.org/licenses/by/3.0/

George's family and friends gathered at the Hamilton County Fairgrounds for a Celebration of Life after the funeral. We were able to enjoy two of George's favorite activities: eating and dancing! 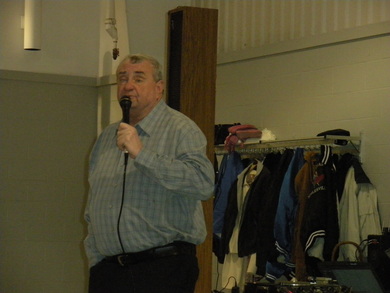 Wes Dyer was the caller for the dance. 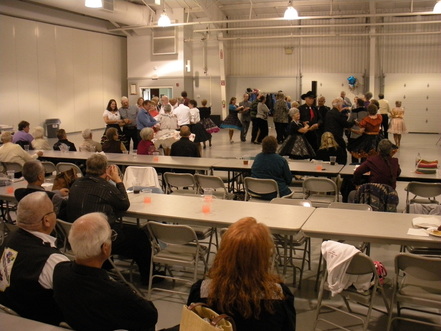 Dancers and watchers all had a good time. 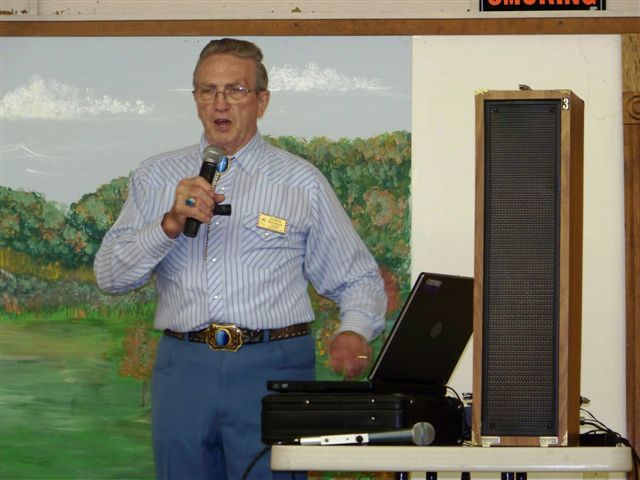 George calling August 1, 2011 at the History of Square Dancing Program